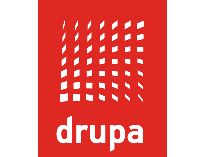 drupa 2021 will shorten its runtime from eleven to nine days in 2021 and take place in Düsseldorf from April 20 to 28, 2021. The event was originally scheduled to end on April 30th. With this decision, the world’s leading trade fair for printing technologies want to fulfill the wish of the sponsoring association and many exhibitors to make the trade fair appearance more efficient and to concentrate the visitor traffic. According to a press release, Messe Düsseldorf is also reacting to any travel restrictions that may still exist.

”Since we are currently assuming that fewer visitors from overseas will be able to travel to drupa 2021, we consider a reduction from eleven to nine days to be sensible in order to direct visitor flows more efficiently,“ said drupa President Claus Bolza-Schünemann. ”At the same time, the duration of nine days ensures that running machines can still be shown, which is a unique selling point of drupa.“

According to the organizers, the current booking status remains at a high level with over 1,500 exhibitors and an occupied hall net area of more than 140,000 sqm despite some corona-related resignations. The industry once again underlines that it has confidence in the international appeal of the event and that there is a need for face-to-face encounters, acquisition of new customers or live presentations of running machines, the organizers said in a press release. ”Many of our customers also see it as their own responsibility to strengthen the industry and provide important impulses personally on site”, said drupa Director Sabine Geldermann.

To ensure the necessary safety, drupa relies not only on adapting the general  conditions, but also relies on a hygiene and infection protection concept that is to be continuously adapted to the latest corona protection regulations and official requirements.

Luminus teams up with Source Two