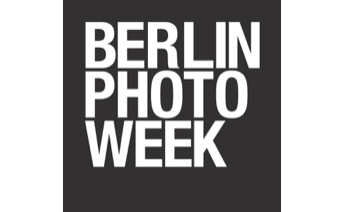 With its third edition, Berlin Photo Week is set to celebrate a big comeback from August 26th to September 3rd, according to a press announcement of Messe Berlin. The multifunctional event area “Arena Berlin” has been selected as the central location of the event, which is organized in cooperation with the IFA, the global trade show for consumer technologies. Located directly on the banks of the Spree river, Arena Berlin is well known for many years as an attractive site for art fairs, concerts, summer festivals and other events.

The acquisition of the Berlin Photo Week by Messe Berlin was announced during the closing press conference of IFA 2020, when also the new concept of the event was presented: : ”With a unique concept – combining photography, video, and art with the latest innovations from the imaging industry – Berlin Photo Week brings together creatives, artists, imaging professionals, photo enthusiasts, and celebrities with media companies, leading brands in the imaging industry, and many other brands who appreciate compelling images as an important element of their corporate identity,” said IFA Executive Director Jens Heithecker, Executive Vice President of the Messe Berlin Group.

IFA 2021 is scheduled to start on September 3, 2021, the last day of Berlin Photo Week, and is scheduled to last until September 7. Recently, Messe Berlin has reinforced its intention to hold the global trade show for consumer technologies as a physical event that will be complemented by virtual platforms.

The program of Berlin photo Week includes numerous exhibitions, talks and expert discussions on relevant photo, video and imaging topics as well as a fun place where well-known companies such as Panasonic, Leica and WhiteWall want to invite visitors to interactive brand and product experiences.

One of the exhibition highlights is the exclusive presentation of the work of the American-Russian photographer George Hoyningen-Huene, who contributed to shaping international fashion and portrait photography in the early 1920s and 1930s  by working for well-known magazines such as Vogue, Vanity Fair and Harper’s Bazaar. On the initiative of the Art Director of Berlin Photo Week, Benjamin Jäger, and with the permission of the George Hoyningen-Huene Estate Archives, a selection of his works will be on view in the exhibition room of the Berlin Villa Grisebach.

A second exhibition project with the legendary work of the famous Magnum photographer Thomas Hoepker is planned to combine still and moving pictures. The black and white series “Mauerkinder” (The kids living next to the Berlin Wall), which was last seen in 2011 and is now to be presented at the “Schlesischer Busch” watchtower not far from the former border strip, will be complemented by a preview event for the documentary film about the life and work of the photographer. The movie, “Hoepker – Beyond Life”, is currently being produced under the direction of Nahuel Lopez. Its official premiere is planned for the end of 2021 (distributor: DCM); Berlin Photo Week invites the main protagonists to a talk.

The camera manufacturer Leica wants to present a cross-generational exhibition on the area of the Arena Berlin, which is dedicated to three Leica photographers.

Cewe plans to increase its dividend for the twelfth consecutive year

11. December 2020
It had a certain symbolic meaning that Koelnmesse announced its decision to “suspend the implementation of photokina in Cologne for the time being” on a “Black Friday” – marking the end of an era of  seven decades during which this unique world fair has givenour photo and imaging industry the most important impulses and inspiration.
© Copyright 2020
MORE STORIES